Yesterday was a beautiful day in many ways. As for my musings …

-This morning I am at our local hospital serving as the Chaplain. I am wearing my Santa hat, with my suit, and trying to encourage those who are stuck here as patients and those who are working as well.

-We are experiencing a white Christmas. The snow began falling early in the morning yesterday and continued to fall until nearly 1:00 PM. It was a fine snow, but it created some slippery streets. As a result, there were several of our older people who did not make it to worship yesterday.

-The snow was very pretty to watch, and the white ground cover made for a wonderful backdrop on Christmas Eve.

-The best news of the day was that at least 3 people made the decision to accept the gift of Christ as their personal Savior. What a great way to celebrate Christmas. 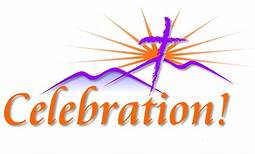 -We had 2 worship opportunities since it was Christmas Eve. One at our regular time in the morning and the other in the evening. The services were nearly identical. The differences were that in the morning service 2 adorable children shared some of the Christmas story and scripture that they had memorized. The other difference is that we closed the evening service in candlelight.

-Even though I shared the same message in both services, the exact wording and illustrations were not identical. I can’t ever repeat a message exactly.

-The morning service was a little difficult. It was a struggle to get the congregation engaged, even during the singing. I believe it was due to the lower attendance, which was even more noticeable since last Sunday was a record Sunday, and I believe the first snow of the season contributed as well. The first snow of the season seems to always cause an uproar and shake up things.

-This was a difficult week for me. It started Sunday evening when a nasty cold knocked me down for a while. Then an older man in my church took a drastic turn for the worse and passed away Thursday evening. It was a very peaceful time when he passed, and the last thing he told me was that he was ready to go. My cold, and extra time at the hospital, took a toll on my study time this week.

-I had some significant conversations with people yesterday and was encouraged by them.

-I am in my Fantasy Football league’s championship game. I am slightly ahead through Sunday’s games, but we each have one player in the games on Monday.

-There was a very sweet, special and funny moment during our evening Christmas Eve service. As I was preaching about Jesus being the greatest gift, I said that to experience the gift you must accept/open it for yourself. I compared not accepting Christ to being given a Christmas present and never opening it. Right then, a precious little girl said something like “that’s crazy, why would someone do that?” Her timing was perfect, and question/comment was spot on. That created a special memory. 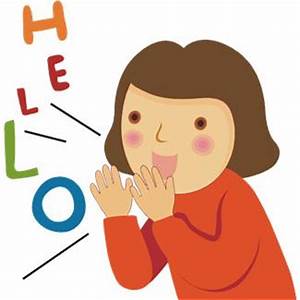 -We will be doing Christmas with our kids and grandkids, the ones in this section of the world, later this week. Today will be a quiet and lazy day, at least it will be after I finish as Chaplain at noon.

-The funeral this week will be the 13th or 14th one I will have participated in this year. I am hoping for a much smaller number next year.

Here’s hoping you reflect on some great memories as you come to the end of this calendar year. To all of you, I wish you a very Merry, and Blessed, Christmas.